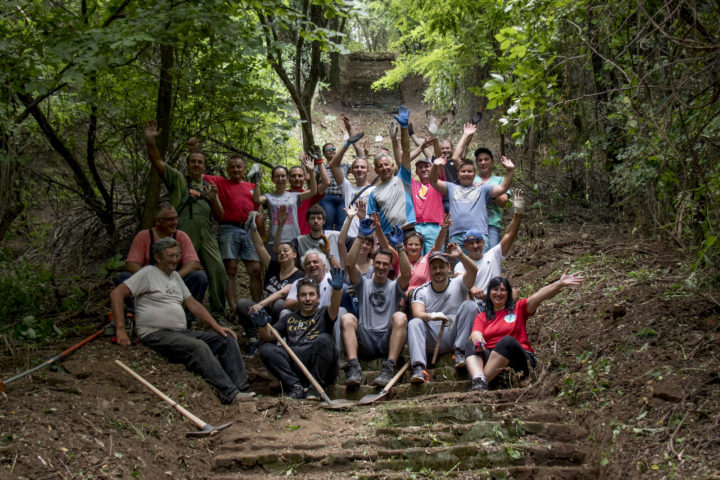 About:Foundation Step Forward (FSF) is the very first community foundation in Serbia, established in 2013 by community philanthropy support organization ‘Zajecar Initiative’. it covers the territory of Timok Region in Eastern Serbia, focusing particularly on Zajecar community. FSF supports citizens and provide them tools to shape their communities according to their needs and constantly improve their prospects/position in the Timok region. Its work is based on direct interaction with citizens and a locally-grounded approach.

Challenge:Serbia intensified the efforts for ratifying international conventions in the field of heritage protection and management from 2007 onwards. However, despite positive efforts, the preservation and protection of the cultural heritage in Serbian communities still show many limitations. Major obstacles include the lack of financial resources, weak governance, ineffective enforcement of regulations, and lack of awareness. Also, the level of community involvement in cultural heritage management is low due to limited efforts of authorities to engage the local community.

Solution: To solve the above mentioned challenge Foundation has organized three consultation meetings in total, brining together key community actors related to cultural-historical heritage. Representatives of Municipal Tourist Organization, Municipal Historical Archive, National Museum, local authorities, CSOs and media took part in these meetings. They have prepared a dedicated website – www.upoznajzajecar.rs which contains sections such as: Locations (both list of and Google Map with the most important cultural-historical sites in Zajecar marked with QR codes), Zajecar Stories (the most interesting and rare stories from Zajecar’s past) and Sustainable Development Goals (introduction to SDGs, targeting wider population). They have also organized Joint Community Intervention – FSF invited citizens to gather and to jointly renovate the famous site ‘Roman Stairs’ located in Kraljevica Hill near the town via local traditional media and social networks. This was the one of the most massive collective action of citizens in the recent Zajecar history that brought together more than 100 people to clean and renovate this popular location.