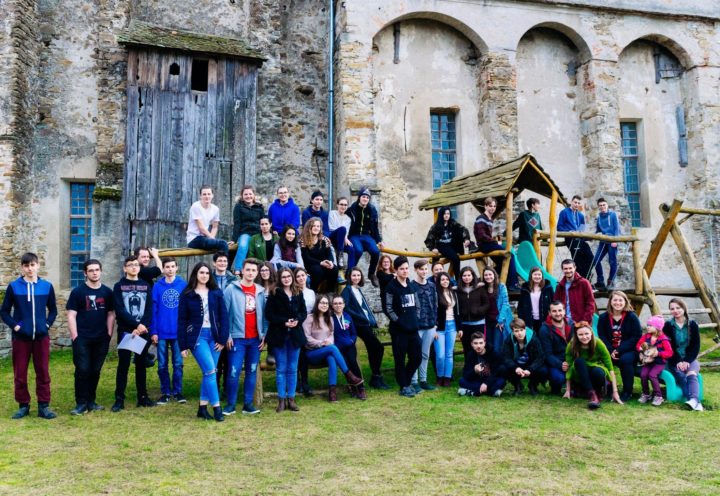 The YB Academy is an educational program based primarily on peer-education; that includes the necessary experiences for enhancing youth leadership and impact in the local community.

The essence of the program was to create a framework in which young people were encouraged to take the initiative where they think things can be done better, become involved in the community, and care about what is happening around them, while being exposed to various activities that helped them develop at both a personal and a professional level. In this context, young people become actors of change for addressing global challenges at the local level, and leaders for identifying local solutions to both global and local challenges.

Young people created a framework for the Academy, a space for alternative ways of education and learning. This framework will continue and will include more young people from our community.

Also, we found out that more people in the community might be interested in the topic of autonomy in learning, so we asked one of the UA team members to do an introductory part for a wider participation.

With regard to the SDGs, the project aimed to have an impact on education, more specifically – Goal 4: Ensure inclusive and equitable quality education and promote sustainable agriculture, but we have had various discussions on the SDG goals in general, especially during our YB Academy camp and conference.

The young people taking part in both Youth Bank team and Youth Bank Academy were not familiar with the SDGs before the program. Therefore, one important impact is familiarizing the young people in the community with the existence and content of the goals.

The approach we used in promoting the SDGs was to connect them to the local communities. Participants in the workshops on SDGs were invited to familiarize themselves with the SDGs, to understand them and to run an evaluation of the local community based on the SDGs. Young people found this experience powerful in terms of discovering their communities through the framework of the SDGs. In running the analysis, the impact is threefold:

They were asked to take some walks around the villages (during the camp) and neighborhoods (during the conferences), etc. and identify all aspects regarding: for example: resilient infrastructure, sustainable energy, inclusive, safe human settlements, climate change and its impact, sustainable ecosystems (for example: one group found an entire forest that was subject to illegal deforestation), poverty in all its forms, sustainable management of water, etc. The students were split into various groups, according to their choice and were asked to identify and evaluate the aspects mentioned above over a period of 2-3 hours. Upon their return, each group was asked to present their findings in front of the entire group. After this exercise, the entire group came up with ideas and suggestions on how these issues might be improved in the future. They focused on all the details and when it was needed, they worked in smaller groups.

At the end, the students seemed to understand better the issues that can affect the populations globally. They understood that these are global issues, although may be found in different forms and degrees of severity in each country of the world.

The young people seemed very interested in these exercises and even mentioned having a mind-opening experience. One student said that he was aware of illegal deforestation in this area and even around the entire country, but now that he has truly seen the issue with his own eyes, he seems to be really affected by this reality. He was already thinking about how to expose this issue, how to tell his friends and family and find ways of helping people and authorities become aware and take action. Some other young people said that this kind of exercise represents an alternative education that they learn a lot from and that they would like to experience even in formal education.

At the end, the students decided to focus more on the aspects they had studied and evaluated during the SDGs sessions. They planned on going home having in mind pro-activity over the following months, both at school and in their personal lives.

The resources involved in funding the youth projects are contributions from the local community. Therefore, with the help of donors and local companies, the YouthBank team managed to create a fund worth 10,000 lei. The fundraising mechanisms implemented by the team were: sale of Christmas greetings, two fundraisers through the organization of the Pumpkin Carnival and the Easter Games for children, 2 cultural events – the Auction of Experiences and movie nights as well as Lemonade sale – and they got sponsorships. These resources will be used to fund projects of young people in the community, including the participants in YB Academy.